Jamshedpur: Jharkhand has undergone several changes during the last 22 years of statehood. However, the condition of the most important and biggest government referral hospital of Kolhan, i.e. MGM College & Hospital remains the same – pathetic.

This despite the fact that crores of rupees are sanctioned in the budget every year for this very hospital to provide better infrastructure in the interest of the patients.

The plight of the MGM Hospital is such that rainwater has entered the burn ward just after a couple of days of incessant rain in the city. Ef 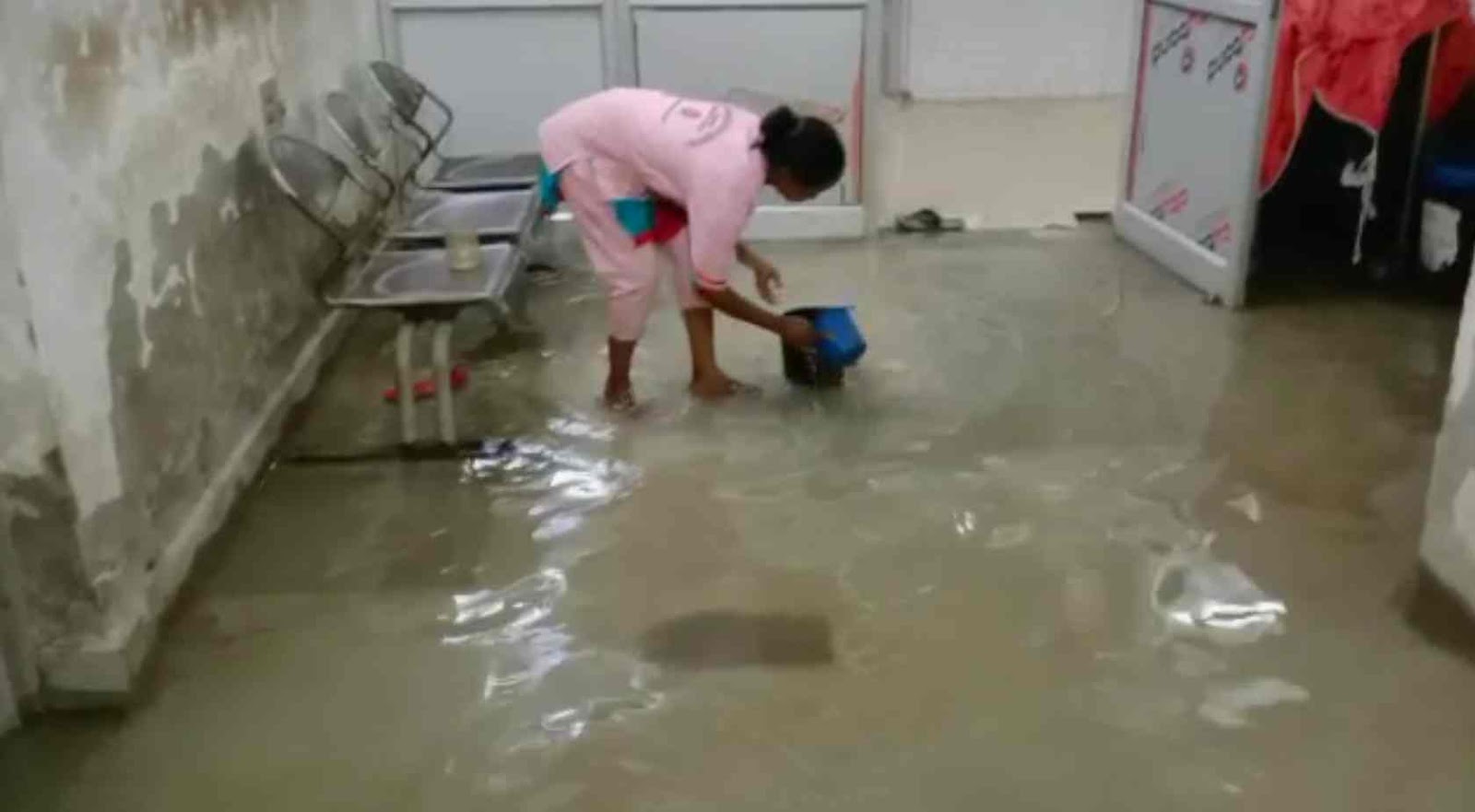 The relatives of the helpless patients themselves try to clear water from the burn ward to help their patients.

The most sensitive ward, in terms of infection, for any hospital is perhaps the burn ward. It is because even a slight infection can cause threat to life for the burn patients.

Such is the plight of the patients of MGMCH that the condition of even the burn ward remains pathetic.

However, this is not the first time that water has entered the burn ward of the hospital.

More or less the condition of this ward remains the same every year during the rainy season.

It is surprising that no effort has been made so far to find a permanent solution to the problem of water ingress in the ward due to rain.

Almost every year the same situation is literally re-enacted.

Every year, patients and their families, as well as doctors and nurses, have to face difficulties.

It is not that this problem cannot be solved.

A large number of engineers are available with the administration and government machinery and they get huge salaries just so that they could solve such tricky engineering problems.

Yet due to administrative neglect and negligence, the plight of MGM College Hospital remains the same.

That too, when Health Minister Banna Gupta represents the assembly constituency of this city and is known to be keeping a special eye on this hospital.