South-facing main entrance is not always bad for Vaastu

Generally people think that the main entrance towards South direction is very inauspicious. They assume that south entrance creates sorrow, tension, depression, failure, illness and general misfortune. Even some books on vaastu shastra mention about this. However, this concept is not always true.

In my several years of practice and study in this area, I have come to this conclusion that a few portions of the South direction are not that auspicious, but this is not always true for the entire South. The areas close to South-West directions are generally not good. These areas yield opposite results and negative energy, in general. The Lord of this direction is NIRITI, who is assumed to be a demon and the related planet is Rahu. So, this area may bring misfortune and accidents. We should avoid this area for making main entrance as for as possible.

Middle part of South is assumed to be suitable for making main entrance according to ancient texts on vaastushastra. But today people are generally reluctant to have an entrance facing South. In fact, the Lord of this direction is Yama, the God of death. So, generally this area is linked to death, sorrow and destruction.

In ancient Indo-European societies of Central Asia and beyond, a lot of people used to make deep pits to bury the dead bodies. Those pits were named as Yamma/Jamma.

Archeologists have termed those societies as Yamnaya Culture. This clears that the word Yam has been widely accepted as a word for death either as deity or as burial pits. But we should not forget that Yamraj is also called Dharmaraja. He welcomes and praises the good deeds. Persons with good courage can survive here easily. This area creates hurdles and challenges but gives success as well, if the person is hardworking and other elements of vaastu are satisfactory.

The planet of South is Mars. Mars represents hardship, courage, war victory and will power. A person having these qualities can survive and rise here easily. But not good for timid, lazy and person without will power. A person whose Mars is happy, powerful and yog karaka in his horoscope or the mounts of Mars and rahu are well and balanced in Palm, he will enjoy good things in life and success in such a house.

Although in ancient books the entrance in South area close to South East corner (Agnikon) is not accepted as very good, but today we have found and felt that there is no problem with it at all. South entrance near this corner is very good compared to other southern areas. The deity of this area is Agni, the deity of fire, energy and zeal. The seat for this area is venus which is related to worldly pleasure, luxury and romance. So this area is undoubtedly much more suitable for making the main entrance.

All areas of south direction are not bad. Only South West area is found to be of bad consequence, but there are some exceptional cases too.

We have found that a few persons are happy despite such an entrance. However, most of them are cruel, courageous and TAMSIK. We also found a few gentle persons with having other good vaastu elements too. Middle South is good for Mars oriented people and South East corner is good for all.

In next article, we will discuss about some remedies useful for South-facing houses. 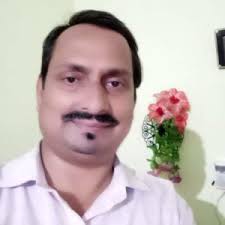 Town Post - August 7, 2021 0
Lata Khare's name has turned into an epitome of love, courage and commitment for those who know about her achievements. So much so that...

Why the East direction is so important?

A Suitable Place For Pooja Room

Is it inauspicious to keep The Mahabharata at home?

Rights experts decry shut down of civic space in Nicaragua