The Menace of Media Meddling

The last century has witnessed unprecedented development in communication technology. As a result, we have witnessed augmented interactions between the members of the society at both the levels-lateral and vertical.

Such mediated interactions were expected to make society more civilised and democratised. It was assumed by intelligentsia then that it would eventually turn world into a global village. Unfortunately, instead of equalising the segmented society, Media has divided society at various levels.

For its political benefits and commercial interests, Media has polarised people on different basis. It has meddled in everything and has created menace in the society.

The Media was entrusted with the responsibility to keep an eye on government, corporates and public institutions on behalf of / for general public and to look after their concerns.

Sadly, it has taken a reverse direction and has started nurturing the government and corporate interests. That has created a peculiar kind of chaos and confusion in the society. Entire belief system has ruptured and the Media has been a biggest loser.

The Media needs to understand that the atmosphere of mistrust will benefit neither public nor itself. The fast decline in credibly has already taken away the powerful position of Media and paving way for alternative media. Interestingly, social media was being seen as game changer in the initial stage when people were not aware of its nexus with corporate and politics.

They were happy to have so many platforms where they could write and receive so much information. But the bubble of social media has also busted and presently common man has left with no clue on whom to believe.

The recent outburst of TRP game in India, the documentaries like The Social Dilemma and The Great Hack have raised many questions. These recent developments have made the general public aware of media meddling in their lives and posed some serious enquiries. Are we really free? Are we taking decisions independently? Do we know truth? Do we have access to real ‘real’?

These are some questions we need to ponder on urgent basis. We must also think about how the media should be regulated before it’s too late. As smart and alert consumers, we must reject the kind of mainstream media being offered these days. If we are really considerate and want confederate media, first, we need to promote alternative media through donations and subscriptions in order to keep them free from political and economic pressures. Secondly, we, the citizen, require to be media literate otherwise the conventional and social media will make us puppets and eventually lead to information imperialism.

To mainstream media, it can only be suggested that it should take a long big break and introspect. No doubt, mainstream media essentially requires overall quality-appraisal to understand that it needs a complete change- temporary patchwork will no longer be suffice. 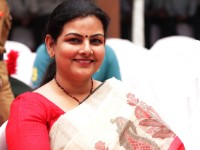 Town Post - August 7, 2021 0
Lata Khare's name has turned into an epitome of love, courage and commitment for those who know about her achievements. So much so that...

Let teaching not be confined to limits of campuses