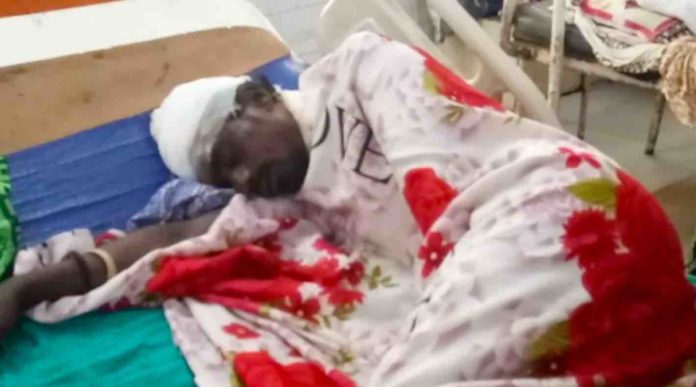 Jamshedpur: A few people attacked one Victor Paul and injured him grievously with a sharp weapon in Gansa Tola in Ranidih of Bagbera area.

According to Shivani Soren, her husband Khudiram Soren had died some time back. He used to live in Gansa Tola. Victor Paul was like a brother to her and she treated him as a brother.

However, she said, on Saturday her brother-in-law reached her house with some of his friends and attacked Victor Paul with a sharp weapon and injured him grievously. The injured Victor Paul was rushed to Sadar Hospital. However, seeing his serious condition, he was referred to MGMCH for treatment.

His condition is still serious. No arrests have been made in this case yet.