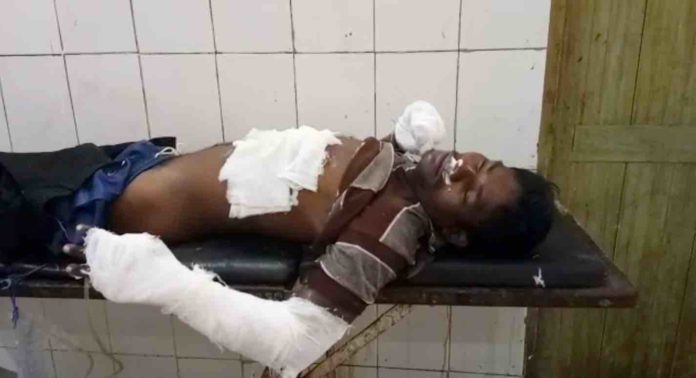 Jamshedpur: A youth received serious burn injuries in Potka when trying to tamper with a power transformer. He was brought to MGMCH by Potka police in a serious condition.

According to police sources, the injured youth was trying to tamper with the transformer. In the meantime, somehow, power supply was restored and he got badly burnt. His accomplices left him there and escaped.

The injured youth was stated to be in a serious condition. While he was brought to the hospital, even a stretcher could not be arranged for him. The injured had to go through x-ray process while sitting on a chair.