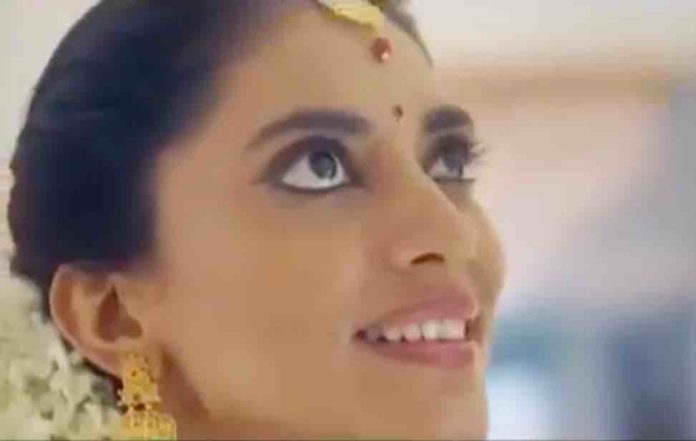 Bengaluru: Tata Group has come under social media fire for alleged ‘promotion of love jehad’ in a Tanishq advertisement.

The specific ad shows a pregnant woman in a Muslim household. The woman ostensibly is Hindu. And she asks her mother-in-law if the particular rasm (ritual) is followed in her community. She says – keeping a daughter happy- is a ritual followed in every household.

Looks cheesy, isn’t it? Not quite, if you go by the views of Twitterati. The ad has shocked social media users from the majority community as they feel that this specific ad promotes love jehad.

One social media user even asked: “I would like to see their next advt showing the reverse! Do they have the balls?”

A social media user Dimple Kaul raised this issue on Twitter and soon the issue became hotly debated on Twitter.

Once Dimple Kaul tweeted about this, comments started pouring in.

She followed up her tweet with another question: “How is the Malayalee Hindu DIL bitiya khush in an arrangement where her spouse is allowed to be married to three more women? What is the research that made this company thrust that fallacious propaganda on us? Who is their CMO? Who wrote the copy & why? Is this your Ekatva?”

And the most scathing remark came from @baniapower. He commented: “#tanishq is showing them the future which Infact is history reliving Itself, if they don’t learn then this is the fate awaiting them, same fate which their parsi forefathers suffered at the hand of Izzlam! If the desert cult was so benevolent @TataCompanies would be Iranian!”

And then came the warning that Tanishq sales might be affected.

One SM user even sounded sad. He commented:”I didn’t expect something like this from Ratan Tata’s company.”

There is some advice for buyers too. From Dimple Kaul herself.

Tata Group or Tanishq brand have not reacted yet. However, it seems this time their Ekatvam series ads may create quite a few ripples on the social media.

It also seems that comments have been turned off for that particular video. Interestingly, TanishqJewellery has disabled comments on only this one video.

However that is not stopping people from pressing the dislike button. Till Monday morning, the video had only 230 likes, but the dislike numbers had reached 659.

Indeed cowards… Why turn off comments only for this ad…#BoycottTanishq pic.twitter.com/S7qRIuzPIP

Even disabling comments on YouTube does not stop social media users from expressing their anger.

#BoycottTanishq to HURT tanishq brand, go to google , search tanishq, there you will see AD, click on it. Everytime u click on tanishq ad, they will have to play to google. pic.twitter.com/GElmDLguYj

Some free marketing lessons for Tanishq executives from social media