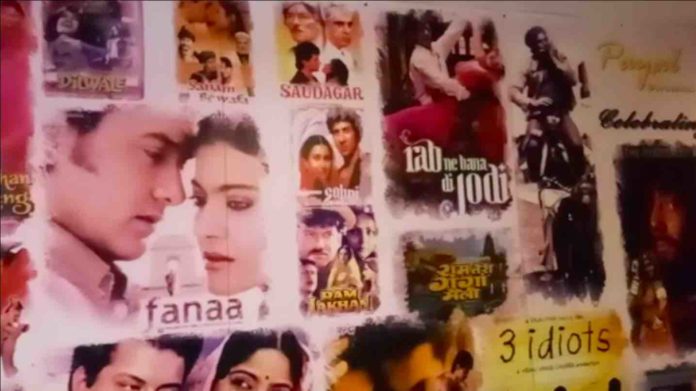 Jamshedpur: Reeling under the impact of a nearly 7-month-long lockdown in the wake of coronavirus pandemic, cinema halls and multiplexes are now waiting for Jharkhand government’s nod to allow them to re-open.

The Union Information And Broadcasting ministry has issued a set of guidelines for allowing cinema halls to re-open from October 15th. With this, hopes have been rekindled that even in Jharkhand, cinema halls may finally be allowed ot reopen. However, the final decision rests with the state governments. In the Unlock 5.0 guidelines, no relief was provided to cinema halls and educational institutions.

Owing to corona lockdown, cinemas have been closed for nearly 7 months. Even if they open their doors on October 15, things will not be the same again.

According to the guidelines issued by the union Information and Broadcasting Ministry, only 50% of seating would be allowed, no food can be delivered inside the halls and only packaged food will be allowed. Face masks and thermal screening too will be mandatory, show timings have to be staggered and contact number of spectators have to be taken to facilitate contact tracing later.

It is expected that the state government too would issue similar guidelines, if it allows the cinema halls to reopen at all in the state.

The cinema industry is ostensibly going through its worst phase since independence. Everyone associated with the industry has been impacted deeply like any other industry in the country. However, the workers of cinema halls and multiplexes have been impacted the most.

According to the guidelines issued by the union government, only 50% seating capacity would have to be utilised and there should be a distance to be maintained between two persons while seating them. After each show, the entire cinema hall would have to be sanitised and wearing of masks too would be mandatory.

Jamshedpur has to multiplexes and one single screen cinema hall. Re-opening of cinema halls will come as a welcome news for cine lovers. However, corona will remain a concern too.

The management of cinema halls feels that cinema industry is damaged beyond repair due to the impact of lockdown. Cinema hall owners have suffered a loss of crores and the employees too had had to suffer. Cinema industry has been contributing crores to the government revenue. But, the pandemic has completely destroyed the industry. Now, cinema hall owners are looking for some concessions rom the government too so that they can keep the industry alive.

Speaking about the experience of visiting cinema halls, Manoj Yadav, said that there was a time, when the city had 8 cinema halls. The environs were completely different as people jostled with one another to get tickets.

Now things have changed, he says. No one needs to jostle for a ticket. Now, cinema can be enjoyed on mobile phones too. Yet, the charm of cinema and the attractions of visiting cinema halls remains.

He feels, visiting cinema halls has its own attraction and the people of the city would once again start going to their favourite cinema halls.

BJP burns CM’s effigy in Jamshedpur, calls for curb on crime against women

Mgmt and workers resolve dispute at Renovision Exports in Chandil

No Corona deaths on Sunday in Jamshedpur, 20 new cases