I grew up in a small village of Jharkhand, India. My village has a population of almost 1200 people, half of them being Muslim, the other half Hindu, divided into several castes.

This has been the demographic of my village for centuries. Until the early 1990s, every festival, whether it was Eid, Holi or Diwali, was celebrated by everyone, Muslims and Hindus alike. Muslim villagers often led the Hindu Holi procession and Hindus often led the prayers and sweet distribution for Eid.

There were three places of worship in the village and everyone could worship in any of these places. In this remote and isolated village, we all coexisted like members of a large extended family, maintaining a unique way of life; mellow and harmonious, celebratory and united.

All of this changed overnight on the 6th December 1992, when Babri Mosque in Ayodhya was demolished by a large group of Hindu nationalist activists.

We started receiving new visitors to our village. Some came with ‘brick-in-hand’ to collect funds for a new Hindu temple in Ayodhya, while others preached that Islam was in danger in India.

Some were wearing saffron robes with a sectorial mark on their forehead and others wore white robes and skull caps.

They divided our places of worship, converting two into temples and one into a mosque. My village entered a ‘transformatory’ phase.

Villagers began to disengage from people from other communities, growing religiously private, limiting interaction, and keeping to themselves and their respective religious communities.

We no longer celebrated festivals together. We stopped inviting villagers from other religious communities to family functions.

However, with the passage of time, villagers overcame the polarisation, rejecting what they saw as a dividing tactic of some extreme religious groups. By the beginning of the 2000s, the community spirit of my village had returned.

Although, the tradition of a Muslim man leading the Holi procession and Hindus distributing sweets in Eid were never revived, members of both religions began again to celebrate festivals and family functions together.

By this time, I had moved to Mumbai and subsequently to Qatar. But never missed a single Eid, Holi or Diwali in my village and would always talk with great pride about how Hindus and Muslims of my village lived and celebrated life together for centuries.

Sadly, last year, this pride was totally shattered, when I returned to take part in the Holi procession in my village. Since the early 2000s, during a Hindu festival, Muslim men would walk along with the procession and women would stand outside their homes with water and sweets.

But this time, the door of every Muslim house was shut. Not a single person from the Muslim community came out in the street to join the festival.

As I went to knock on the door of some of my Muslim friends who lived near the village mosque, the procession loudspeaker started broadcasting loud Hindu nationalist slogans.
“Jai shree Ram” (Hail Lord Ram),
“Mandir wahi banayenge” (will build the temple there only)
“Goli maro salon ko…desh ke gaddaron ko” (Kill the traitors),
“Kheer mango kheer denge…Kashmir mango cheer denge” (Will slaughter if you ask for Kashmir)

These slogans referenced the site of the destroyed Mosque at Ayodhya, claiming it to be the birth place of the Hindu God, Ram and pledging to rebuild a Hindu temple there.

I then realised why my friends weren’t joining the parade and why the majority of the houses in my village were shut, as the Holi procession continued on through the ghostly streets.

But this story of my village of Jharkhand is not simply the story of one village. It is a story that has played out in villages, towns and cities across India over the last half century.

When the state not only fails to provide the same protection of law to all sections of society but emboldens the rioters, one cannot put it down simply to the incompetency of state machinery to protect its citizens.

Instead it exposes the reality of a more sinister whole-scale discrimination against one religious minority, and deeply troubling signs for the future of the world’s biggest democracy.

(Articles and opinions reflect personal views, perspectives and arguments of the author. Opinions expressed in columns and articles in no way represent views and opinions of Town Post, its editor or its editorial policies.) 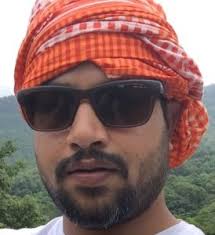