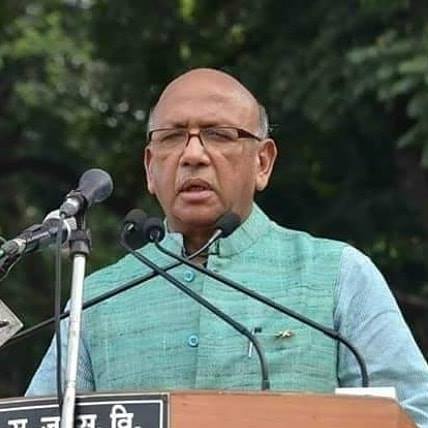 Known as someone who has been playing his political innings in a different style and with his own classy touch in the political arena of Jharkhand and Bihar for several decades now, Saryu Roy will now formalise Bhartiya Jan Morcha, his political organisation, as a political party.

He had formed Bhartiya Jan Morcha just in December 2019 after routing the then seating Chief Minister Raghuvar Das on Jamshedpur East Assembly seat. That will go down as a defining moment in Jharkhand’s political history. Something like Venkatesh Prasad bowling Aamir Sohail out in 1996 World Cup match. A sweet revenge in Raghubar’s own den after being denied a party ticket even from Jamshedpur West Assembly seat.

Such gut instinct successes are what make a legend. And this is but only one leaf from the stellar political career of Saryu Roy.

Having achieved a lot of political mileage as an independent and non-aligned political leader, Saryu Roy is now planning another political innings by forming and formally registering a new political party.

For any political formation to get a formal shape, it is necessary to get it registered as a political party with the Election Commission. Saryu Roy has now moved towards completing this constitutional formality. An office of Bhartiya Jan Morcha has been formally opened in Ranchi and his close confidante Dharmendra Tiwary is managing all other formalities. The registration of a new party is likely to be completed soon. After that the party would be further expanded.

There were many who thought that Saryu Roy may be about to re-join BJP. But, now that he has chosen to register his own party, this possibility has been scotched completely for now.

So, why has he chosen to go this way, especially at a time when most of the existing political parties are shrinking in mass base?

When a national party like Congress is shaking at the roots, why should an experienced politician choose the most difficult path? And that too when he himself says that forming a party is the easiest thing, while keeping it alive and active is the most difficult task.

But anyone who knows Saryu Roy will guess that this decision has not been taken in a hurry. It is a part of a grand political strategy.

Saryu Roy knows Jharkhand and Bihar politics like the back of his hand. He has had a big contribution in strengthening BJP in Jharkhand. Most of the current top leaders of BJP were active in district level politics and had no recognition outside their district.

After the formation of Jharkhand, those leaders came into limelight and rose immensely in political presence.

Saryu Roy was a misfit in the new scheme of things in more than one way. And he still is to a large extent.

Being an independent MLA was not giving him the freedom to do much on the political front at state level. But having a political party to back him will give him an opportunity to move around entire state and meet people, supporters and activists. This would be in keeping with his political stature and would give him enormous political clout that he would leverage in the manner he wants and at a time he chooses.

Saryu Roy is not in BJP any more. But ideologically he is very much in sync with BJP’s ideology. On most important issues, his stand is almost similar to that of BJP.

Recently, by voting for BJP candidate in the Rajya Sabha elections, he sparked a speculation that he might be thinking of a grand homecoming.

But Saryu Roy is someone who knows that organisational strength is something that will help him in the long run. Therefore, it would be too early to predict which way his political path would progress in the days to come.

Babulal Marandi, Inder Singh Namdhari, Samaresh Singh have all had to go through this.

However, Saryu Roy is not one who can stay on margins. You may like him or dislike him. You cannot ignore him for too long. He knows how to be the person who sets the political agenda in his area of operation.

A new party is his new experiment in the laboratory of Jharkhand politics. Results of this experiment would be visible very soon.