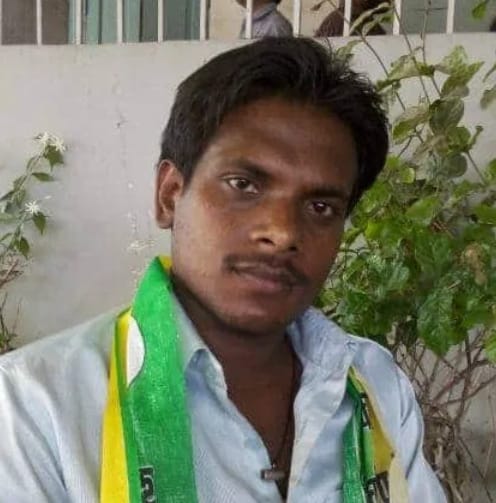 Jamshedpur: Unknown criminals today killed a city lawyer and BJP leader Prakash Yadav using sharp weapons. The incident has not only shocked the city, but has also thrown it into chaos. While the lawyers have taken to streets to protest, the issue has also assumed political overtones as Saryu Roy and Raghuvar Das too have crossed swords on the issue.

Prakash Yadav was earlier in JVM and later had joined BJP when JVM merged into it. He was known to be close to BJP leader Abhay Singh.

While the city is grappling with the Corona fear, the criminals are having a field day.

Tuesday late night, at around 11.30 p.m., the deceased lawyer and BJP leader was sitting in his house. A few boys called him on.

The family members claim that the boys were known to him. They took him up to Hari Mandir situated near his house and then started attacking him.

Family members claim that Prakash Yadav was first beaten up and then sharp weapons were used on his neck before the assailants escaped.

The family members informed Birsanagar police. The police reached soon and started search operations. But the criminals managed to escape.

The police were preparing to send the dead body for post mortem.

The locals are protesting against the incident. Meanwhile the leaders who had joined BJP from Jharkhand Vikas Morcha also arrived at the place. They were demanding immediate arrest of murderers.

They claimed that land mafia were involved in the murder and a few locals were also hand in gloves with them.

The issue is said to be related to land dispute.

Heavy police deployment has been made. Senior police officers were camping at the place. Investigations have begun. 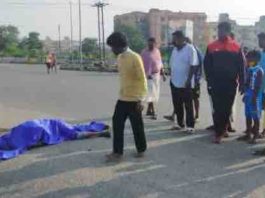 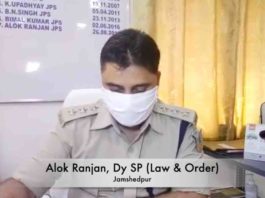 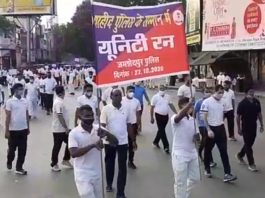 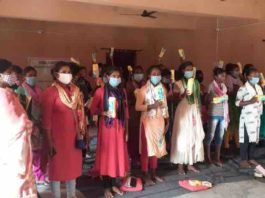 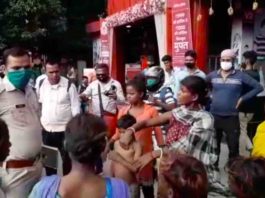 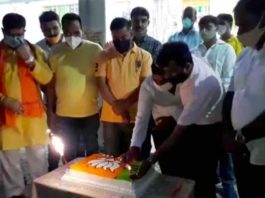 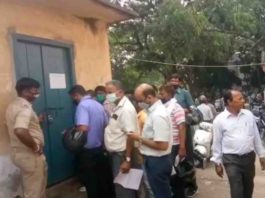 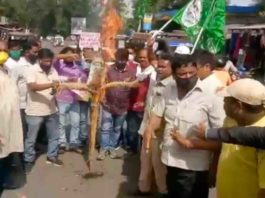